The public space is structured in four planes: that of the ground, the vertical (not exclusively of facade); the plane of the air and a fourth plane that can be called zenital. The most studied is the horizontal plane, built from infrastructures, elements of urban service (lighting, vegetation, signage, etc.) and interfacing with urban systems (water, electricity, gas, etc.), with the omnipresent elements of paving. (see)

The plane of the air and the zenith plane are the least studied. The plane of the air unfolds in the air space between the vertical plane and the plane of the ground. While the zenital plane every day takes more strength due to the location of new energy systems (solar panels) and the gradual importance that gardens acquire on the roof of buildings.

1.- LODZ. The fantasy of the vertical plane. Neither painting, nor sculpture, nor ceramics: mirrors

The first time I saw him, I immediately thought of the “Quixote”, specifically in the “Knight of the mirrors” that the bachelor Sansón Carrasco incarnated. 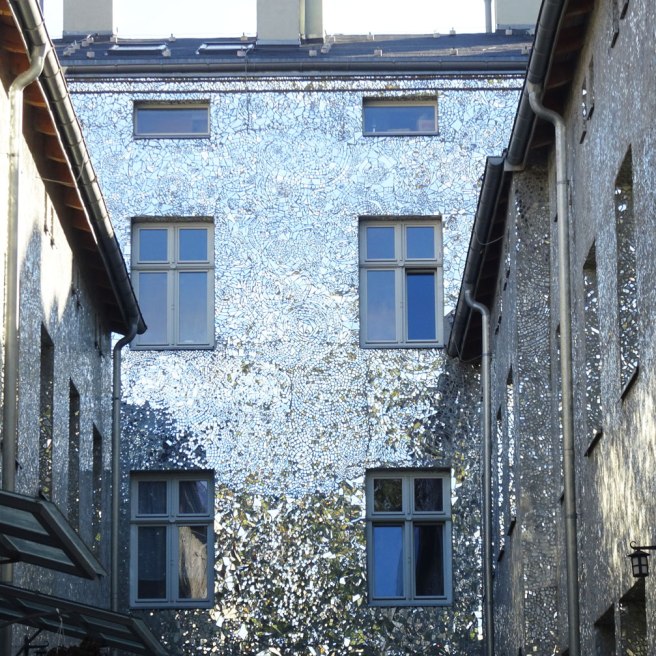 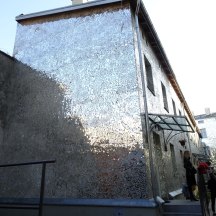 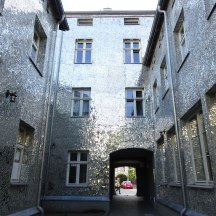 Since 2009, the Urban Forms Foundation is developing an extensive program of murals (currently 90), many of them made by urban artists.   Certain urbanistic practices of the communist era that sought to sponge certain areas of the city by opening spaces between the buildings, produced an extensive repertoire of walls, gray and ugly.

Although most of the Urban Forms experiences are developed on the walls, in the case of the old market square, it has experimented, even in temporary installations, intervening in the plane of the air.

“The dramatic destruction of a large part of the Old Town in Lodz committed by the Nazis was compounded by the communist authorities that removed all the traces of its form and function. For that reason The Old Market, which was once the historical city centre, became useless and problematic” (Wioletta Kazimierska- Jerzyk, 2015)

2016.- Koncert na wstążki (Concert for ribbons) by Jerzy Janiszewski. The installation is again in 2017 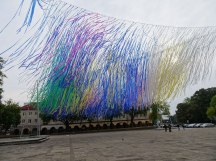