Coming from Barcelona, a city whose urban fabric is based largely on an urban plot that leaves no separation between buildings, ie a city  built “between party walls” is a surprise to find so many  party walls  in Lodz.

The party walls represent a devaluation of the urban landscape and go against urban decorum. It’s no wonder that municipalities suffering from the “disease of party walls” implement strategies that, without solving the problem in a structural way,  will alleviate it, at least aesthetically, contributing to urban decorum.

Each city seeks for its own solutions. What is the strategy of Lodz ?. Decorate the party walls with urban art.

Urban Forms, a private foundation, is responsible for developing the project. “Urban Forms Foundation was created in 2009. We focus on broadly defined city culture and on organizing, promoting and supporting independent artistic initiatives in public space. We want to change city space by raising its quality and aesthetics. We see artistic activities as important tools in education and social revitalization. We want to promote “living” culture and art, direct them towards people and make it possible for them to take an active part in organized events. We propagate every activity that aims at revitalizing our city and county as well as the whole country through artistic creativity…”.

“… Our fundamental mission is to saturate the cityscape with creative, multilayered and modern art that would improve the current image of Lodz, giving it a truly artistic and original value. The main tool to reach our aim is large format painting done directly on the side elevations of buildings. The reason is that it changes the appearance of a given space permanently…”. 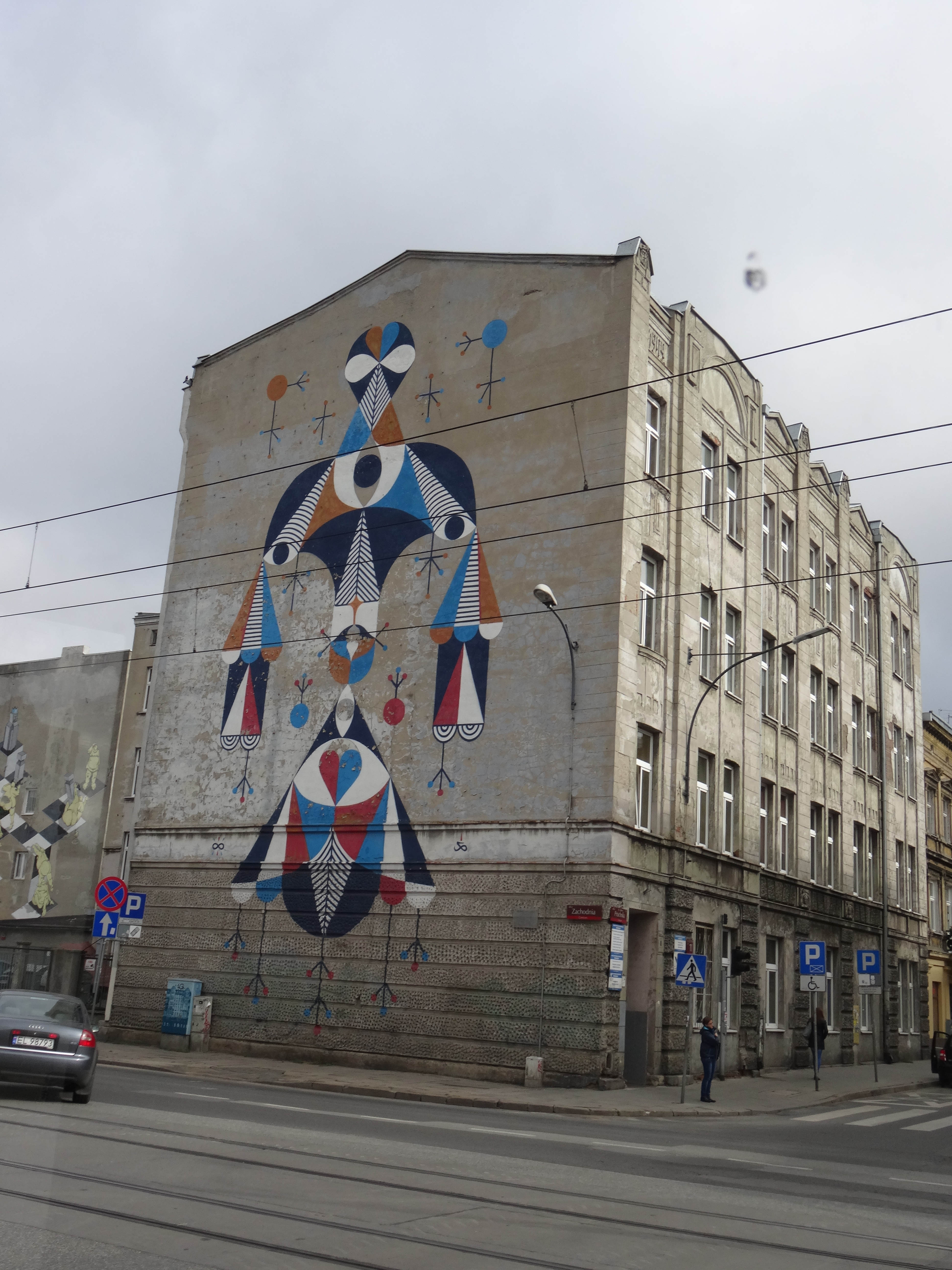 “… Urban Forms Gallery is the main project of the foundation. It is a permanent street art exhibition in public space of Lodz”. 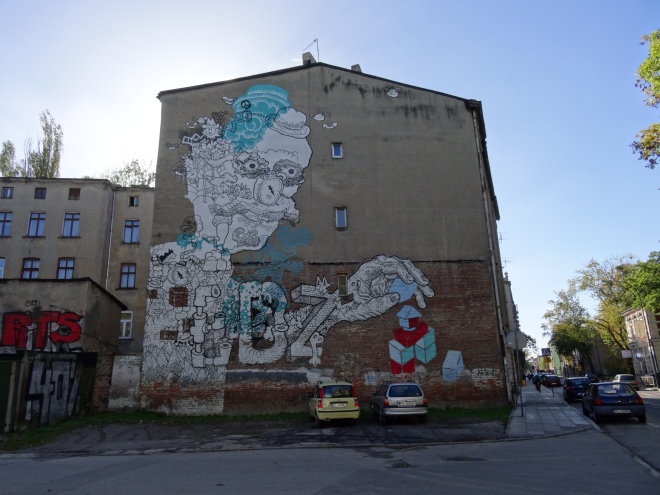 The program invites world-famous street artists to develop their projects, in the historic center of the city, as in the districts of type “Microrayon”, heirs to the urban policy of the communist regime. 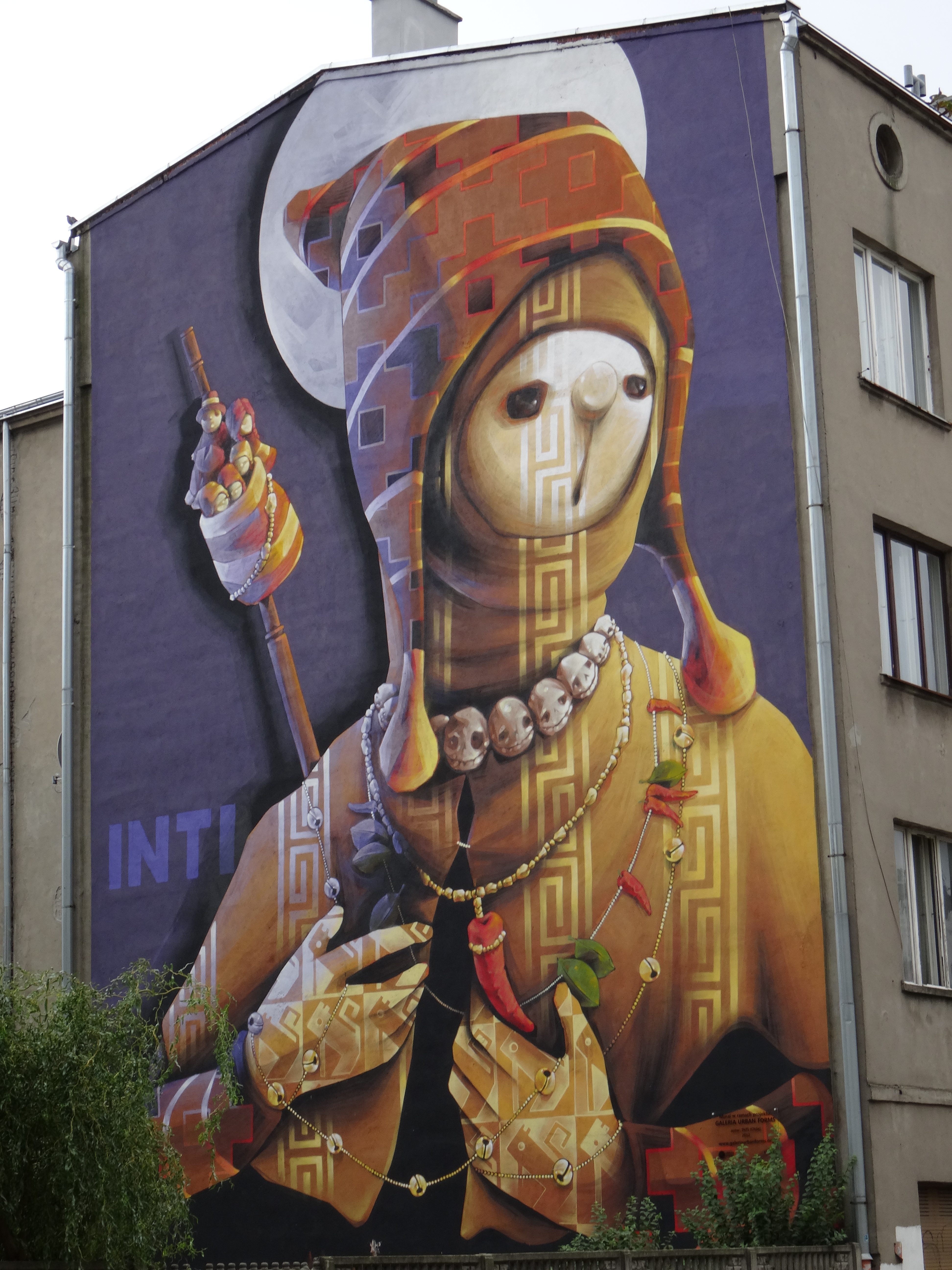 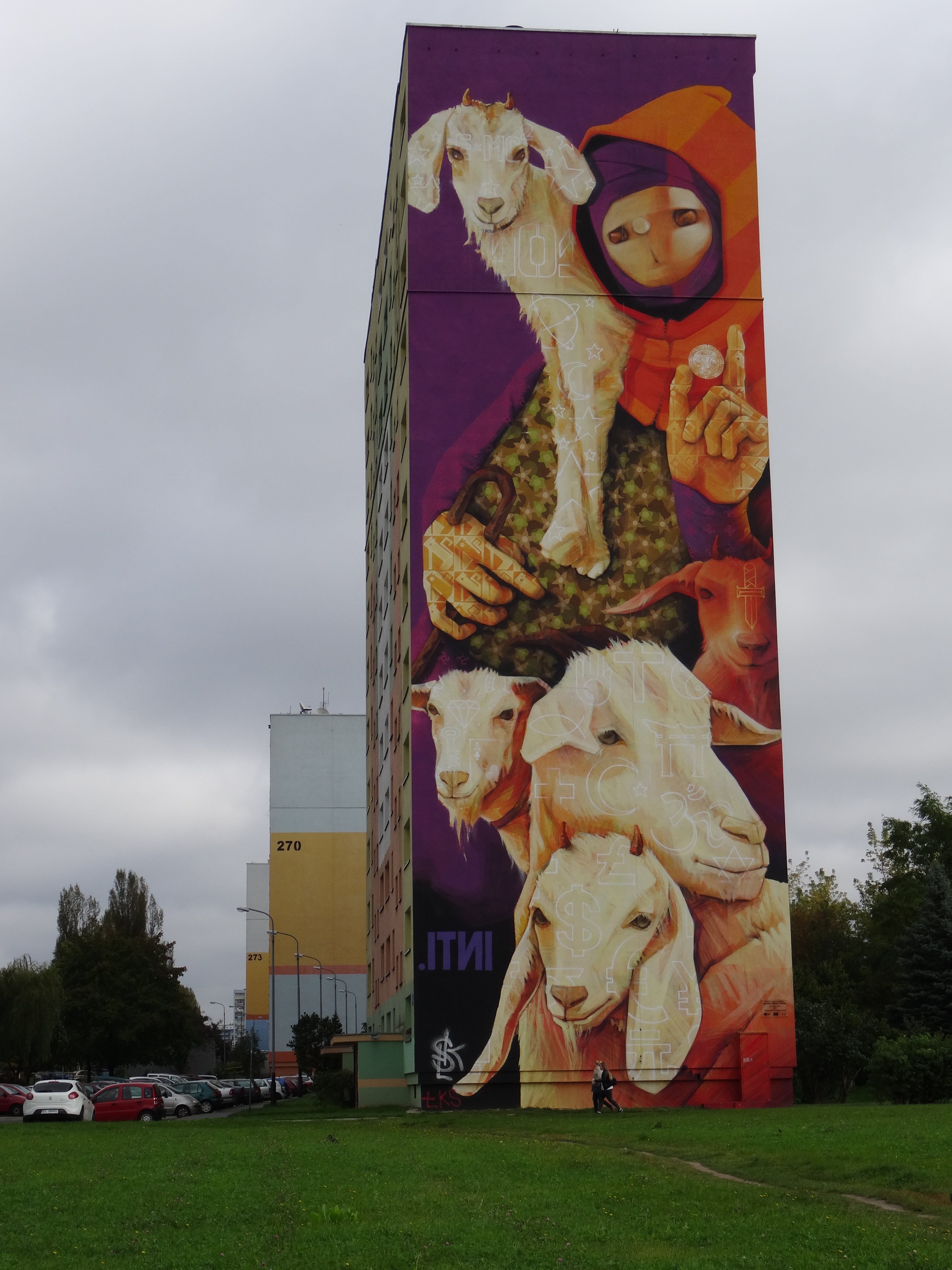 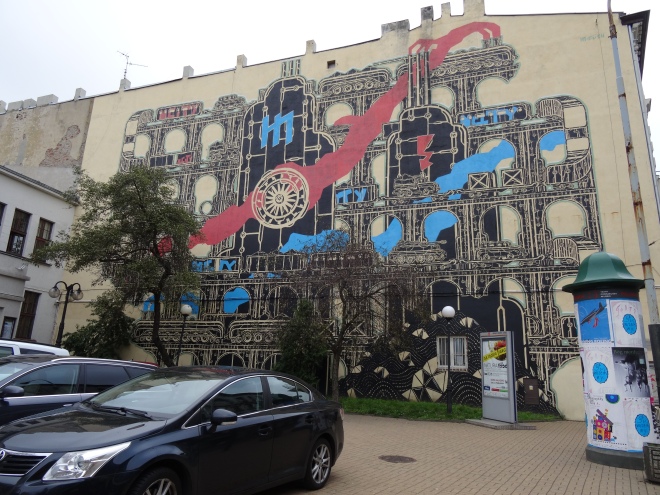 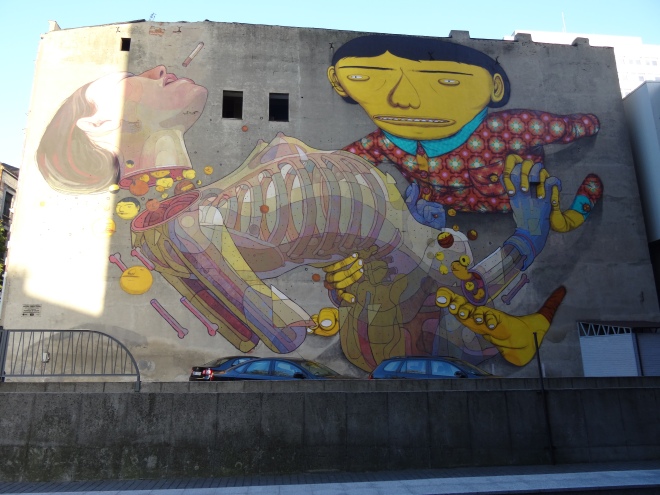 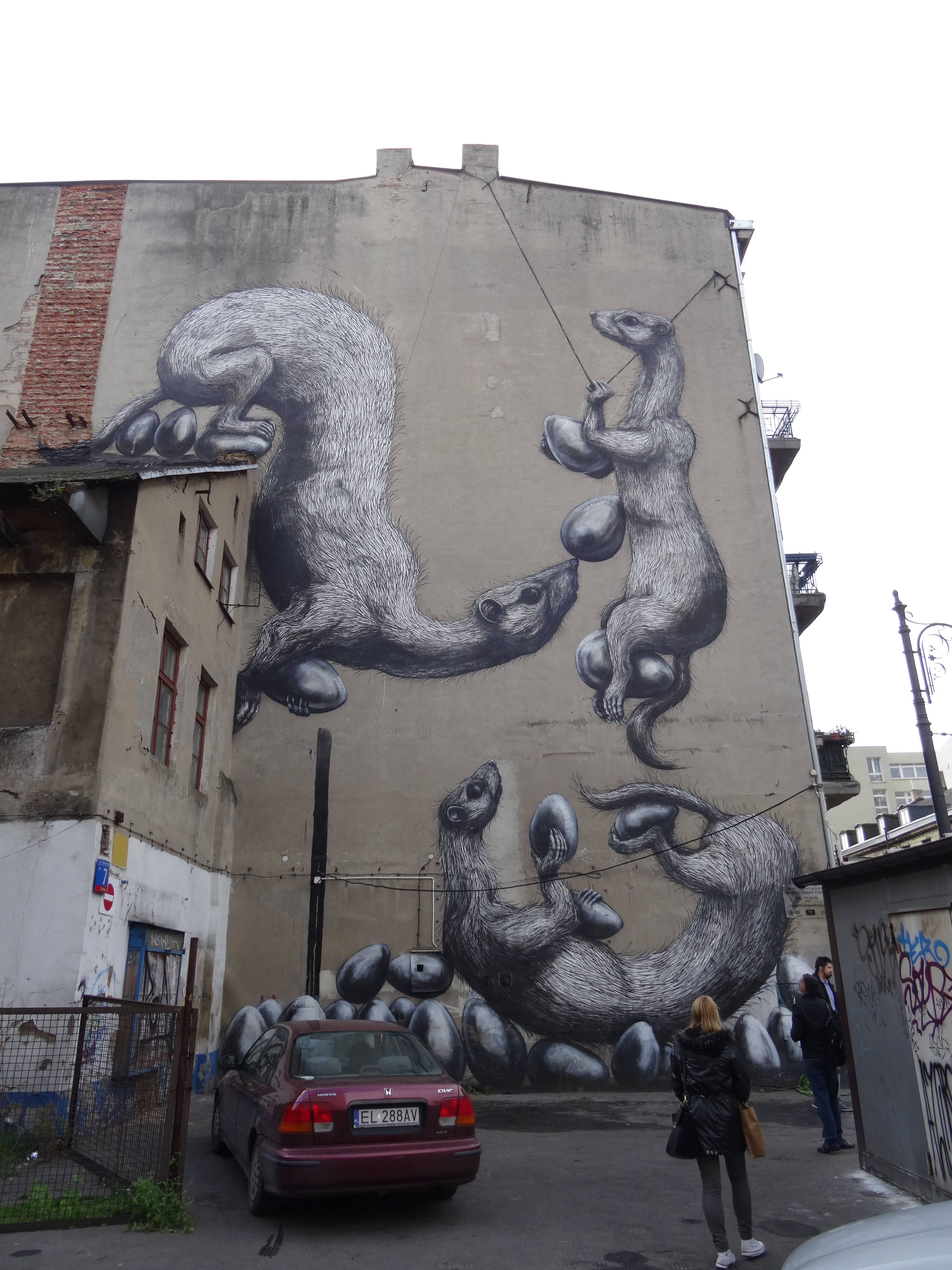 Perhaps much of the same thing ?. The program is not based on urban criteria but exclusively on artistic criteria, curatorial. I understand that some such massive interventions in urban space should be based on other criteria not only in the prestige and style of the authors.

In any case an experience!