Journal of a gadabout 16 by Dr. A. Remesar

Lefebvre (Lefebvre, Henry, 1973) pointed out the contradictions inherent to the monument. He defends it insofar as it “projects on the ground a worldview and a transcendence, a beyond“; but he rejects it because when it “organizes a space, colonizes and oppresses its surroundings”, (… and) “full of symbols it offers them for contemplation (passive) and social conscience when they are out of date and have lost their meaning“. END_OF_DOCUMENT_TOKEN_TO_BE_REPLACED

Contemplating the territory as a network of social relations that transcends geographical boundaries and / or administrative, can approach conceptual schemes that complicate the territory, especially when it is perceived through participant observation and various secondary sources such as primary, the need to connect neighborhoods to achieve a closer territory, compact and sustainable land use planning, in which the polygon is bound no longer as a physical and social border, but as joint bridge between Bon Pastor and Baró de Viver.

Therefore, the industrial area of Barrio Bon Pastor and its strategic location, is a pretext to bring Baró de Viver and Bon Pastor closer. Closer involves knowing both physical barriers and social and hence make urban socio interventions that would mitigate levels of spatial partner and project into a scenario that make visible their practices and implications for the productive and commercial sector for the city segregation, as that tends accessibility and therefore connectivity between Baró de Viver as Bon Pastor and these while the rest of the city.
An intervention in the public space of the industrial estate involves binging and converge both residential dynamic and productive that allows viable processes of urban regeneration, with the premise of urban cohesion, can encourage the scheme of inverted mobility, where the priority is pedestrian, bicycle lane followed, public transport and therefore the private motor transport. In addition to this initiative to prioritize non-motorized mobility, it aims to link through practical design and actions that promotes energy efficiency, as the introduction of arboreal individuals and other local plant elements contribute their textures, smells, colors not only reconfigure the space, but serve to filter the environment, friendlier landscape change and comfort, but additionally granted the estate developments around sustainability.
These urban changes shall aim to maintain the productive and industrial structure as one of the objectives of the Municipal Action Plans, but improving its public space to facilitate urban connectivity and therefore the social and urban cohesion between the two neighborhoods assuming the transition of the industrial estate as a space that commitment to environmental efficiency.

This paper explains the process of urban improvement of the Industrial Estate located in Bon Pastor, a neighborhood that is located in the District of Sant Andreu, next to Baró de Viver. To better understand what is the current situation at the urban level we have to go back in time to the year 2004, when for the first time interventions of urban regeneration begin under the Law of Neighborhoods, a law that seeks to improve the quality of life of the inhabitants from Barcelona. These interventions are programmed through comprehensive intervention plans that respond to the local and specific needs of each neighborhood. Due to this, many conflictive areas of Barcelona have been improved, and what is proposed in this dossier, is the urban improvement proposal of the Bon Pastor Industrial Estate, particularly isolated from the territory that surrounds it.
The current situation reflects the need to implement a series of measures to improve the public space; analyzing the problems that define which are the opportunities and potentialities of the territory, for example, how the width of facades of the industries and also of the roads would allow remarkable interventions.
The objective of the project is to “sew the territory”, physically connecting it with the network of public spaces of the adjacent neighborhoods through an integral improvement of the horizontal and vertical planes of the Industrial Estate. Another key point of the proposal is accessibility, taking into account that Design For All has contributed to make Barcelona a city accessible to all, good practices are also taken into account for its application in the area.
The proposed changes are intended to maintain the productive and industrial structure of the polygon by boosting its urban connectivity and transforming it into a bridge between neighborhoods, which aims to renew it with criteria of environmental sustainability where citizen participation is fundamental. 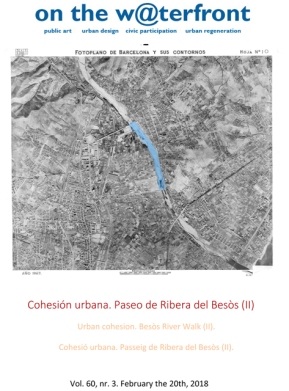 Baro de Viver and Bon Pastor are two of the seven neighborhoods that make up the San Andrés district of the city of Barcelona. These neighborhoods are the result of the evolution of a series of urban processes that have as their beginning the migratory waves to Barcelona at the beginning of the 20th century, with the achievement of the problem of social housing at the beginning of the same century and the construction of social housing estates commonly called “cheap houses”.
These settlements were built in 1929 by the architect Xavier Turull, and located in the peripheral areas of the city in isolation without any connection to services and equipment.
Over time, these neighborhoods have experienced a series of processes that have intensified their peripheral and marginal status in the rest of the city. At present, the residential areas of Baró de Viver and Bon Pastor are immersed in areas whose use is predominantly industrial, contributing to the deterioration of the public space and the neighborhood. Added to this, there are a number of projects such as the Ronda Litoral and the road junction of La Trinidad, which increase their condition of segregation and isolation.
Within the framework of the urban design project management workshop, the aim is to address these problems, elaborating proposals for public space, which contribute to improving the condition of the same, and which favor connectivity between the neighborhoods and the city.

Paseo de Ribera. A belvedere for the city

This paper describes the design process of the public space of the Ribera del Besòs Riverwalk, in the stretch between Barò de Viver and Bon Pastor neighborhoods in the Sant Andreu district. The antecedents of the neighborhoods are exposed, their current situation, the problems detected, the development of the project, the final result obtained supported with plans, sections and views.
From the very beginning a very clear space of rupture is detected in the territory: the existence of the Litoral round interrupts the continuity of the urban fabric with the margin of the Besòs river. This produces a certain segregation of neighborhoods with respect to the rest of the city, due to the fragmentation of the urban fabric that forms barriers in certain sectors and prevents fluid access to the riverbank.
Taking this as one of the main points to improve, we propose a public space design project based on a walkway where three spaces are distinguished:
INTEGRATION SPACE. It is intended to give an answer to the rupture in relation to the city-river relationship, covering the Ronda del Litoral through the creation of a walk that is both visually and spatially related to the river and that allows the union between both margins as well as along the river.
SPACE OF CONTINUITY. A linear, directed and dynamic turn is proposed, which accompanies the flow of the river and connects the existing public spaces. In this way a link of spaces that form a readable urban structure is created and perceived through pedestrian mobility, spatiality and landscape

MULTIPROGRAMATIC SPACE. It seeks to achieve an environment where you can walk, observe nature, go by bicycle and practice various recreational, urban and residential activities

The processes of industrialization marked strong transformations that led to a new way of functioning of the city of Barcelona and a new organization of the territory and society, despite the defeat of 1714 and the New Plant Decree that turned it into a military plaza surrounded by walls and fortresses that drowned its possible growth. Barcelona was the focus of the Industrial Revolution in Spain. This was part of a process of reconstruction of the city, since almost a third of its surface was used for the construction of the Citadel, with demolition of houses and re-installation of population, while rebuilding the houses affected by the bombings.
The liberalization of commerce between the metropolis and the colonies allowed Barcelona to trade with the Caribbean islands, enabling a commercial flow and capital accumulation processes that would lead to the installation of Indian manufactures and, subsequently, the gradual installation of factories based on the use of the Steam energy. The industrial strength of Barcelona led to the creation of the Royal Board of Trade that encouraged trade while creating a series of schools necessary for the training of the specialized staff claimed by the new industry.
The paper explores how enlightened thinking about city making, will develop a set of legal and administrative provisions that will impact on a substantial change, both of housing and urban form.

After the attacks of 17, the population of Barcelona and many tourists have turned to present their respect for the victims. Flowers, candles, objects and written memories, has filled various makeshift altars across the Ramblas. END_OF_DOCUMENT_TOKEN_TO_BE_REPLACED

END_OF_DOCUMENT_TOKEN_TO_BE_REPLACED

The District of Sant Andreu (Barcelona) has a new space for creation and dissemination of culture. This is the Bostik Factory, an initiative by the architect, photographer and activist Xavier Basiana, the creator of the Ivanow Factory. END_OF_DOCUMENT_TOKEN_TO_BE_REPLACED 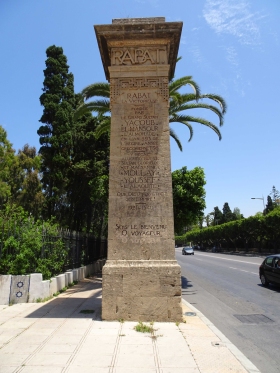 I recommend a visit to Rabat. Ahead of they conclude the works of what we call “the third Rabat”.

The first is the victorious Ribat (Ribat al-Fath), as stated in the monolith of entry into the old limits. It includes the medina and the city center designed by Prost following the recommendations of Forestier, both two under the orders of Marshal Lyautey.

A center expanded in several districts of French flavour: Ocean – site of the corniche suffering remodelling and pressure of the projects Kasr al Bahr and Sephira; Les Orangers, Aviation, Belvedaire… and the most bourgeois of all Agdal Hay Riad. END_OF_DOCUMENT_TOKEN_TO_BE_REPLACED